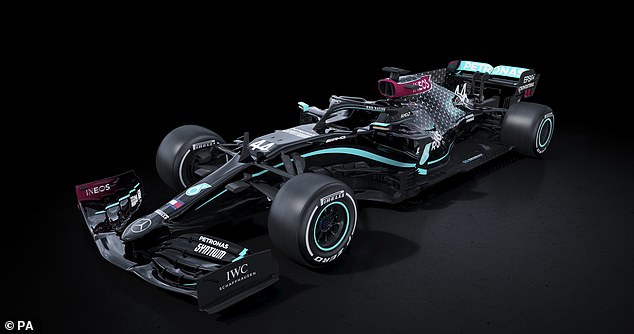 Lewis Hamilton’s Mercedes car will again be painted black for the Briton’s historic assault on an eighth world championship. Last year, Hamilton urged the Mercedes hierarchy to change its traditional silver livery in a defiant message against racism. Hamilton, who turned 36 last week, is in the highly unusual situation of being out of contract after his £40million-a-season Mercedes deal expired on December 31. Mercedes are confident Hamilton, awarded a knighthood in the New Year Honours list, will extend his stay with the sport’s all-conquering team. ‘We have had such a successful run of championships for the past seven years, there is no reason why not to continue,’ said Wolff on Hamilton’s future.