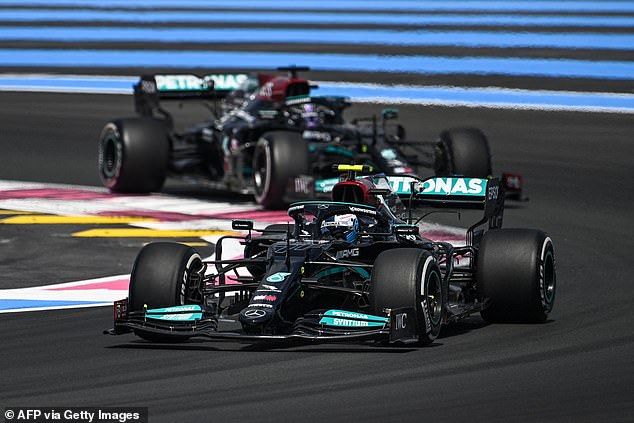 Valtteri Bottas beat Lewis Hamilton to top spot in opening practice for the French Grand Prix. The Mercedes driver saw off his team-mate by 0.335 seconds at the Paul Ricard Circuit. Championship leader Max Verstappen finished third for Red Bull one place ahead of Sergio Perez, winner of the Azerbaijan Grand Prix earlier this month. Bottas’ team-mate Hamilton is four points adrift of Verstappen but following two off-colour weekends in Monaco and Azerbaijan, the British driver’s Mercedes team appear better placed to take the fight to Red Bull. Indeed, Verstappen finished almost half-a-second adrift of Bottas in the opening hour, with Perez, who took advantage of his team-mate’s tyre blowout in Baku to claim his maiden win for Red Bull, seven tenths back.