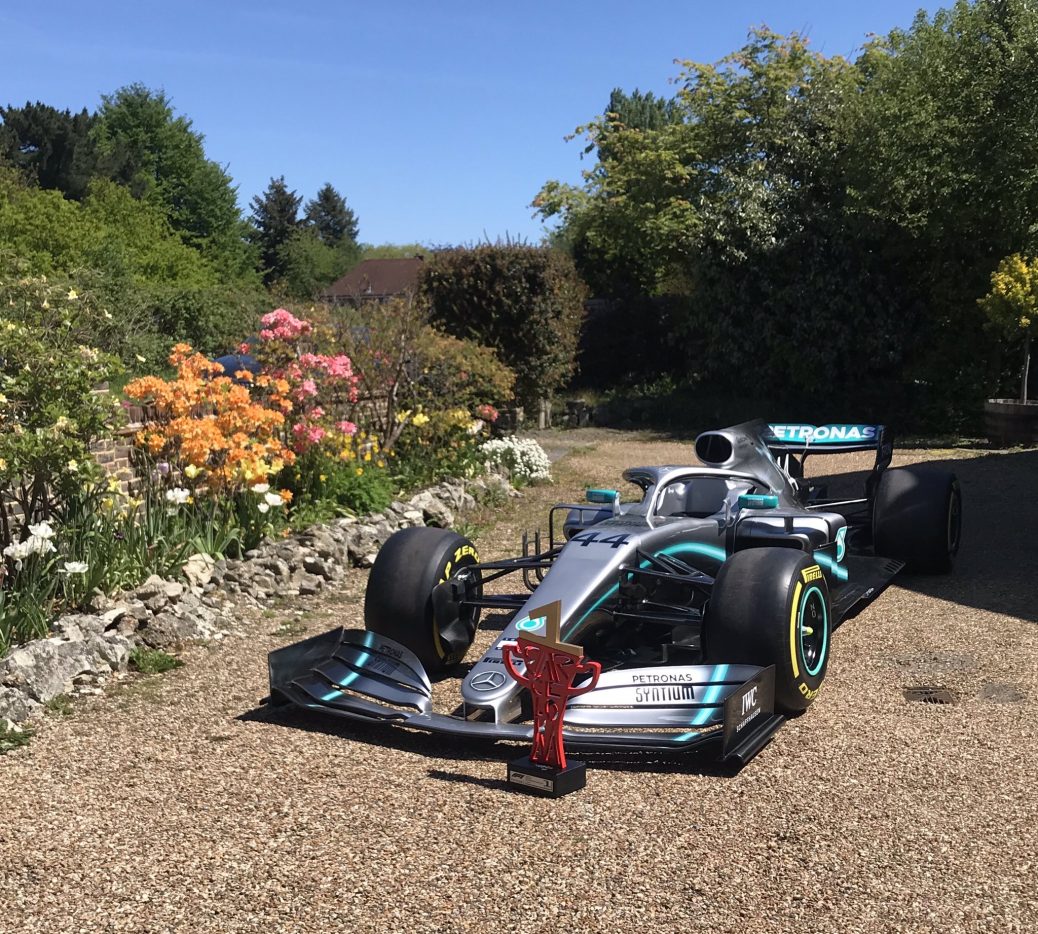 Mercedes arranged a special visit to the home of young fan Harry Shaw, a terminally ill cancer sufferer, following the Spanish Grand Prix.
The team sent one of its cars plus Lewis Hamilton’s race winner trophy from the race to the Shaw family home in Redhill, Surrey.
The five-year-old sent Hamilton a video message of support before the race.
The world champion dedicated his victory at the Circuit de Catalunya to young fan and said the team would “try to do something special for him” for him.
“I had a really nice message from a young kid who is suffering with an illness,” said Hamilton after the race.