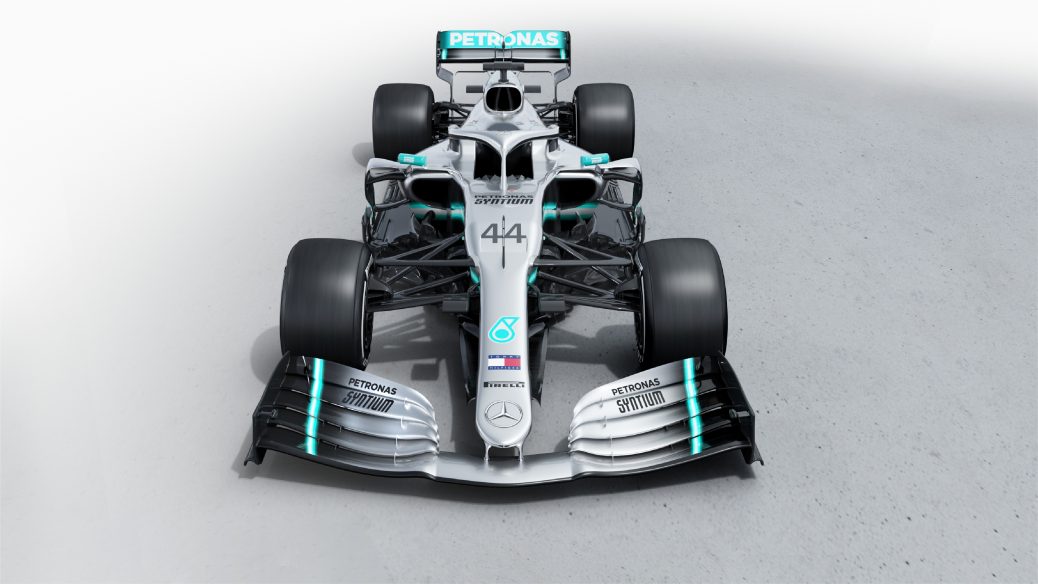 Mercedes has revealed its new W10 Formula 1 car for the 2019 season with a fresh livery design to celebrate its 10th season since returning to the sport.
The new Mercedes-AMG F1 W10 EQ Power+ car was revealed in a series of render images released by the team on Wednesday morning ahead of its first shakedown at Silverstone later today.
“The 2019 season will be a new challenge for all of us,” Mercedes F1 boss Toto Wolff said.
Toto Wolff: “In fact, with the regulation change for the new season, every team can have a shot at the title and we’re seeing all of them as a potential threat.”