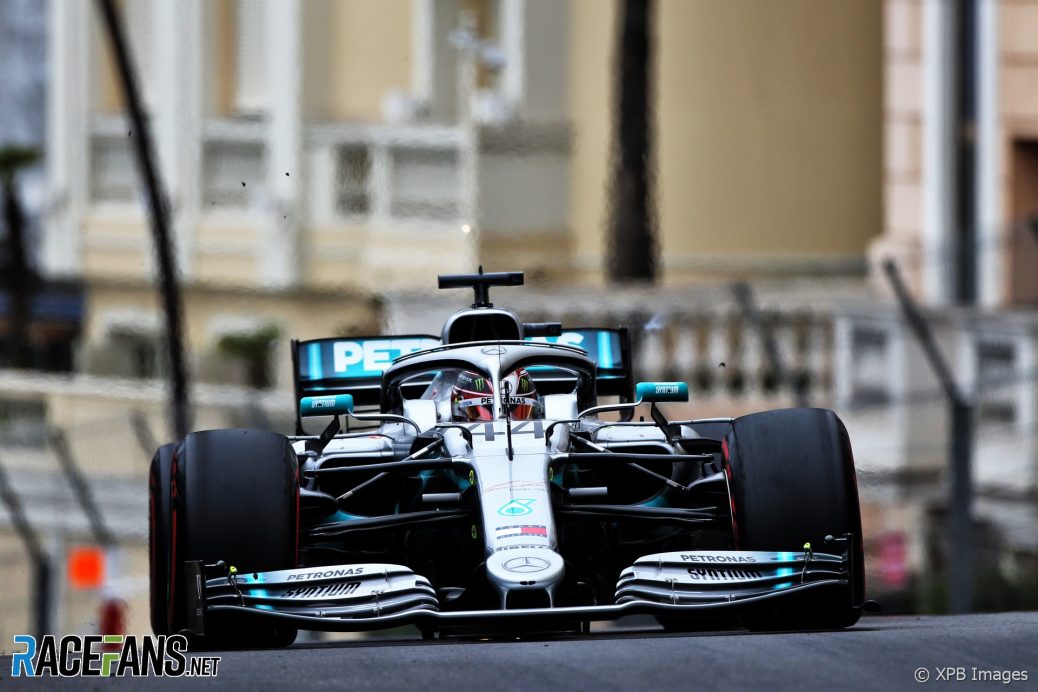 Lewis Hamilton stayed on top in the second practice session for the Monaco Grand Prix after exchanging fastest times with his team mate.
Max Verstappen, who split the pair in first practice, lost a lot of time in the pits as Red Bull repaired a water leak on his car.
Once he was able to rejoin the track Verstappen reported poor grip from his RB15, and ended the session almost a full second off the pace-setters.
The gap between the pair was less than half a second, but with the midfield so close it left Leclerc at the foot of the top 10.
Browse all 2019 Monaco Grand Prix articles.