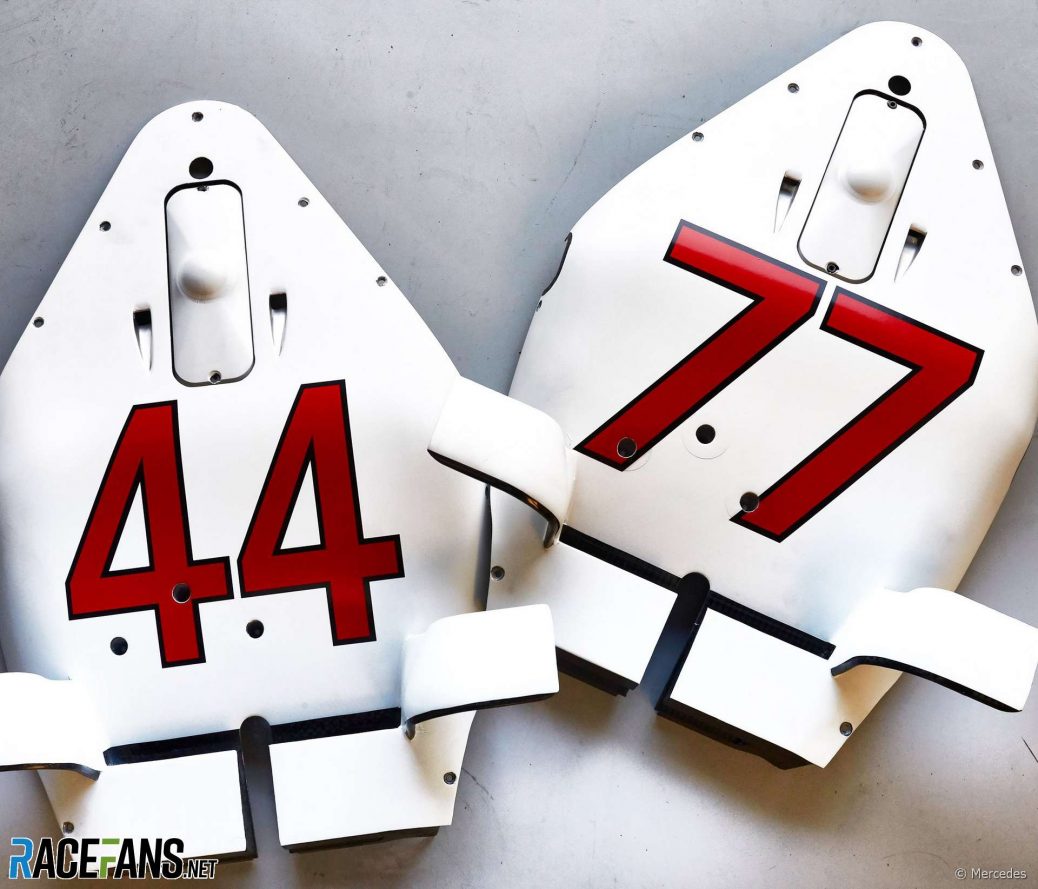 Mercedes have revealed a special white livery for this weekend’s German Grand Prix.
In press material sent out ahead of the German Grand Prix, Mercedes explained why the white paint was scraped off their cars at the 1934 Eifelrennen.
“The car was a newly designed race car for the 1934 Grand Prix season, which saw the introduction of a new set of regulations that limited the total weight of the car to 750 kilograms without fuel, oil, coolant, and tyres.”
“Allegedly, the team was able to bring the weight down to within regulatory limits by scraping off its white paint.”