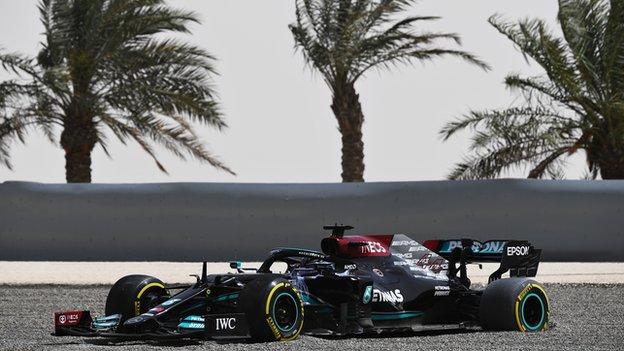 Valtteri Bottas was fastest as Mercedes made progress on the second day of pre-season testing despite a spin by Lewis Hamilton. Hamilton set a time by the end of his running in the morning session that left him 15th quickest as others improved in the cooler conditions after the sun set at the end of the day and the cars ran under lights, as they will at the opening race of the season in two weeks’ time. Hamilton said the team were still trying to understand the best way to run the car following rule changes that have cut away part of the rear floor with the aim of reducing downforce. Hamilton said: “It’s very gusty, as I found out into Turn 13. Bottas took over in the afternoon and the team made further progress with the car’s behaviour and he vaulted up the time sheets as he ran through the different types of tyres late in the day.