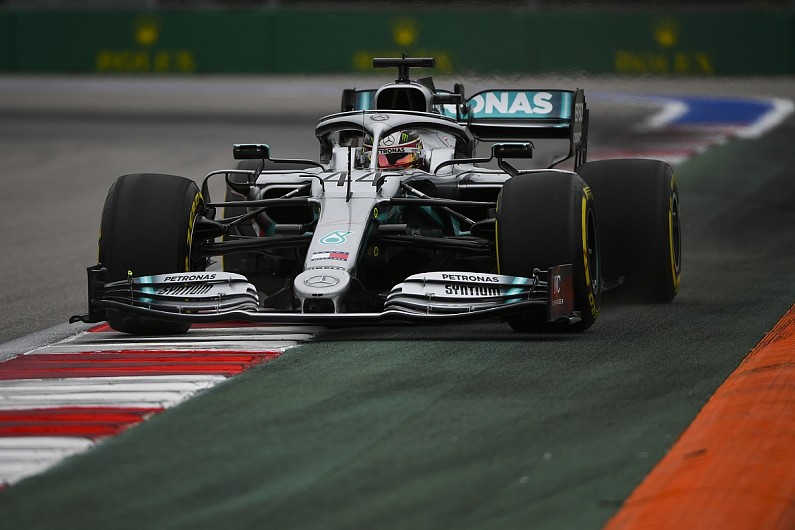 Asked if recent results are due to Ferrari improving or Mercedes – which claimed its first win since the summer break at Sochi last weekend, though only after Ferrari had led – underperforming, Wolff said: “I think the truth will be somewhere in the middle.
Toto Wolff: “In the same time, we haven’t brought upgrades since a long time onto the car, and we probably haven’t managed things as optimum as you can manage.”
This year’s Mercedes has been characterised as a significantly more ‘draggy’ car than the Ferrari, but Wolff said changing philosophy was not a main focus of future development.