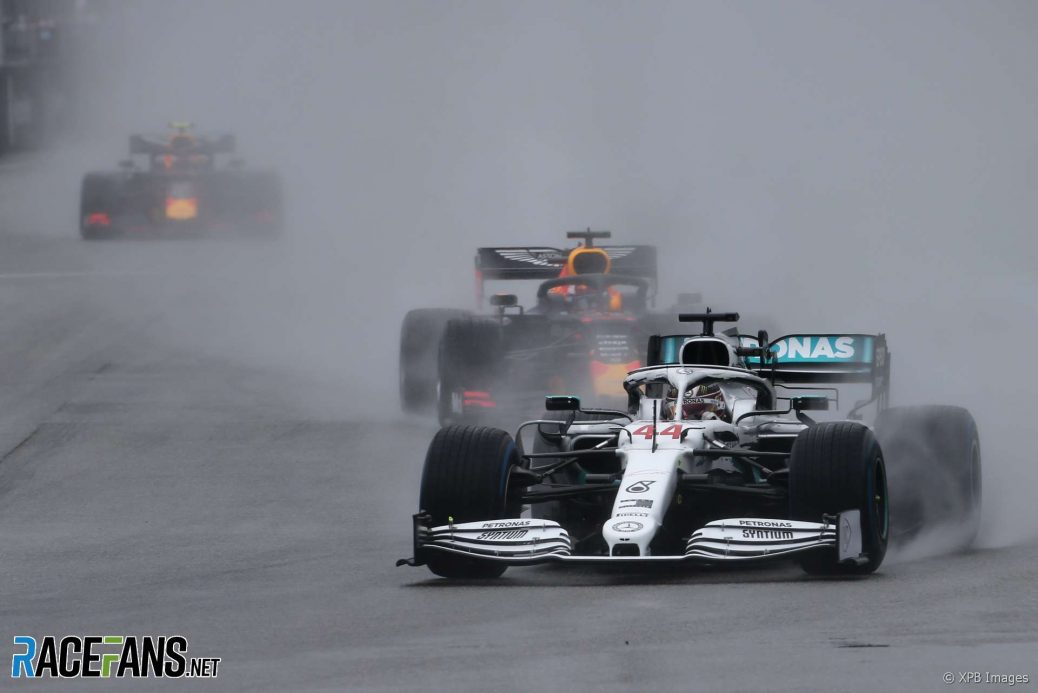 Mercedes: Hamilton pit stop timing was “as bad as it could be” | 2019 German Grand Prix

“With Valtteri we went to mediums the lap after Max [Verstappen], which was OK but we should have reacted sooner when the Safety Car came out to take the opportunity to go to back to intermediate and that cost him the position.”
Hamilton switched to slick tyres even later, by which time the rain had returned.
“With Lewis our timing was about as bad as it could be,” Andrew Shovlin admitted.
“Despite all that, we were still second and third during the next Safety Car period but we were too cautious with the jump to dry tyres and lost position with both.”