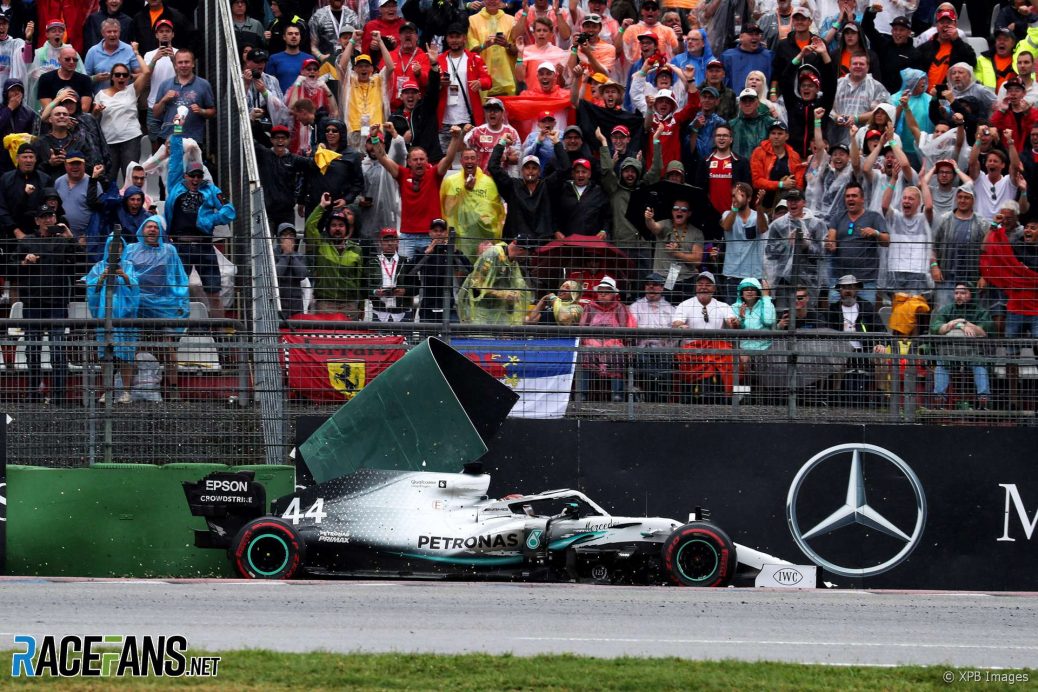 Lewis Hamilton didn’t ask Mercedes for either type of wet weather tyre at the pit stop which he described as the “turning point” in his race.
Hamilton, who led the early stages of the race but crashed after switching to slicks tyres as more rain fell, said his race started to go wrong “when they put slicks on when it was still wet”.
Shovlin: “We know now that we should’ve been having the conversation about going to the intermediate tyre but at the time what we were discussing with Lewis was just medium or soft.”