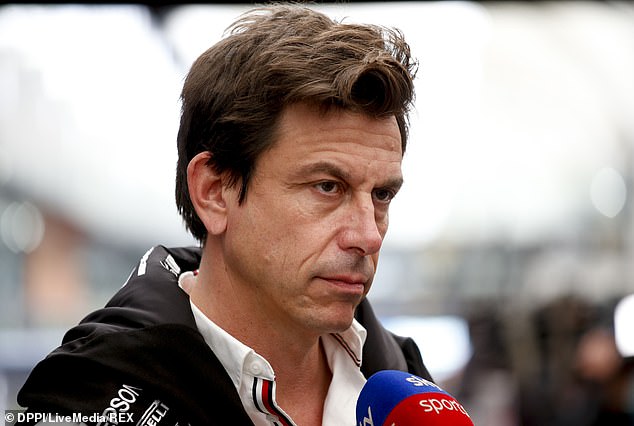 Lewis Hamilton’s bid for a record-breaking eighth world championship took another fascinating twist on Tuesday after Mercedes called on Formula One’s stewards to reconsider their decision not to penalise rival Max Verstappen at the Brazilian Grand Prix. The stewards noted the incident before looking at the footage and choosing not to launch a formal investigation – a decision Mercedes team principal Toto Wolff described as ‘laughable’. FIA race director Michael Masi later revealed that the on-board video from Verstappen’s car was not available when the stewards acted. In a short statement, the world champions said: ‘The Mercedes Team confirms that we have today requested a Right of Review under Article 14.1.1 of the International Sporting Code in relation to the Turn 4 incident between Car 44 [Hamilton] and Car 33 [Verstappen] on lap 48 of the Brazilian Grand Prix, on the basis of new evidence unavailable to the stewards at the time of their decision.’. A grid penalty could also be an option to the stewards if the incident is reviewed.