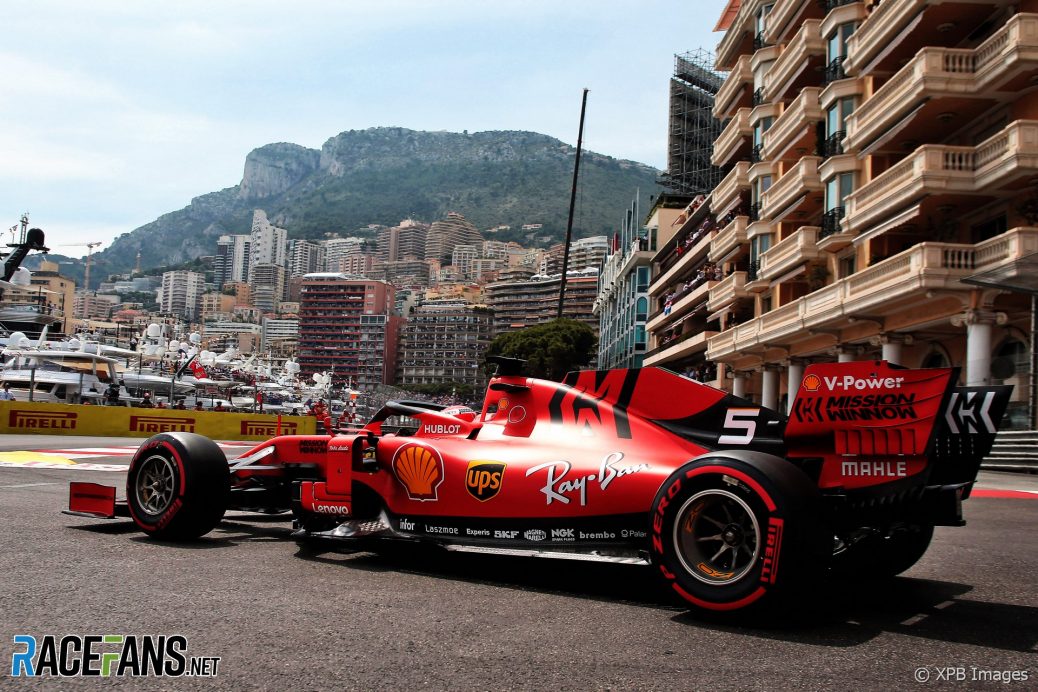 Last year Mercedes were almost half a second off the pace at the Monaco Grand Prix.
Too concerned about saving a fresh set of tyres for Charles Leclerc, the team failed to send its driver out for a second run in Q1, and the upshot was he made it no further as every driver not in a Racing Point or a Williams went faster than him.
Hamilton lopped over a second off their best 2018 lap time as he gave the team its first Monaco pole for four years.
He was aided by Haas using the latest-spec Ferrari power unit for the first time this weekend.
Browse all 2019 Monaco Grand Prix articles.