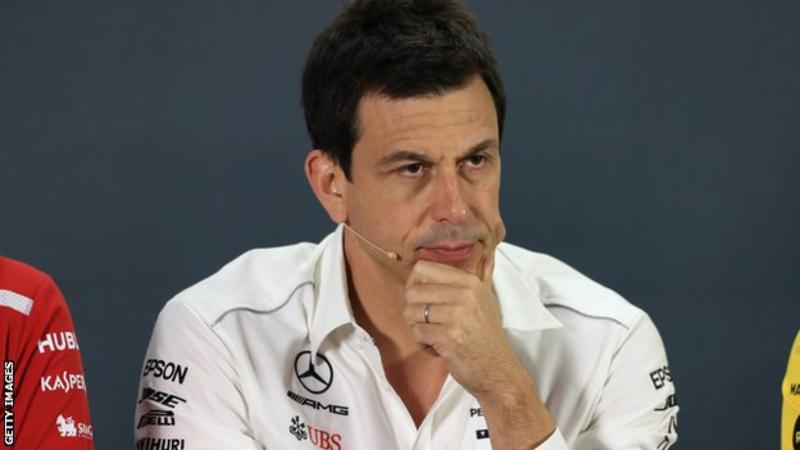 Mercedes F1 launch: Wolff taking nothing for granted ahead of new season

The team, led by multiple world champion Lewis Hamilton, have won the last five Constructors’ Championship titles.
Wolff was speaking at Wednesday’s launch of the team’s 2019 car – the Mercedes-AMG F1 W10 EQ Power+.
“Every team can have a shot at the title and we’re seeing all of them as a potential threat,” Toto Wolff said.
“The regulations have changed quite substantially.
“We’re taking nothing for granted and there’s absolutely no feeling of entitlement to be at the front.
The new season begins in Melbourne, Australia on 17 March.