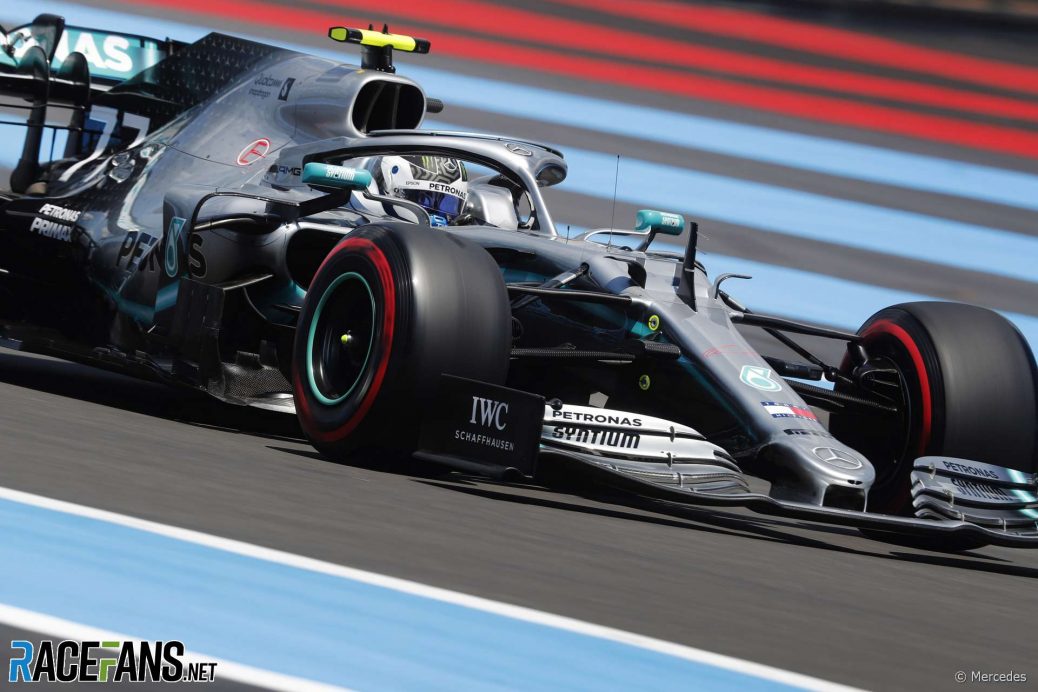 Mercedes have explained why Valtteri Bottas lost four seconds during the Virtual Safety Car period in the French Grand Prix, which allowed Charles Leclerc to attack him at the end of the race.
Motorsport strategy director James Vowles revealed Bottas was at risk of receiving a penalty and had to slow down suddenly, which left him four seconds “positive” to the target time when the VSC period suddenly ended.
James Vowles: “So priority one was getting him safe relative to the delta time, i.e. slowing down, which took a few seconds to do.”