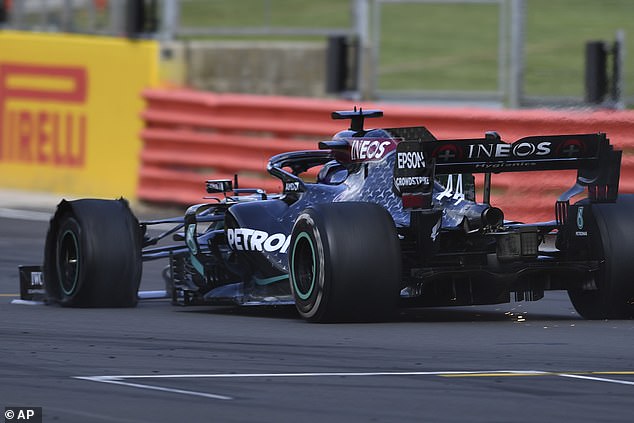 Mercedes have demanded answers after Lewis Hamilton hobbled to his heroic British Grand Prix victory on three wheels. The world champion nursed his stricken car home through most of the last lap after a puncture to his front-left tyre nearly robbed him of the win last Sunday. Now Mercedes are awaiting the results of an investigation by tyres supplier Pirelli into the dangerous blow-out – one of three punctures in the closing moments of the Silverstone showpiece. The world champion had nursed his car home on three wheels after a front-left tyre puncture. At issue is whether the punctures were caused by debris, after Kimi Rakkonen’s front win broke off his Alfa Romeo, or whether the tyres simply wore during a long, 39-lap trip. Mercedes await the results of a probe by tyres suppliers Pirelli into the dangerous blow-out.