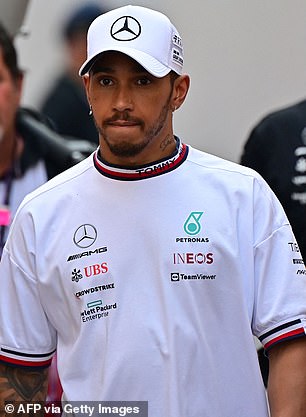 Mercedes chief Toto Wolff REJECTS claims that Lewis Hamilton has regressed as a driver following his poor start to the season, insisting the seven-time world champion is not ‘losing’ his ‘ability’

Mercedes boss Toto Wolff has rejected claims that Lewis Hamilton has regressed as a driver following the Brit’s lacklustre start to the season. Hamilton is one of the most dominant drivers to ever step into a Formula One car and has won a joint-record seven world titles – with six of them won at current team Mercedes. But Wolff insists that the underwhelming results have been down to issues with the car, not with Hamilton, who he claims is the ‘best ever’. Hamilton suffered severe back pain wrestling with his bouncing car in Baku and said it had been his most painful race.