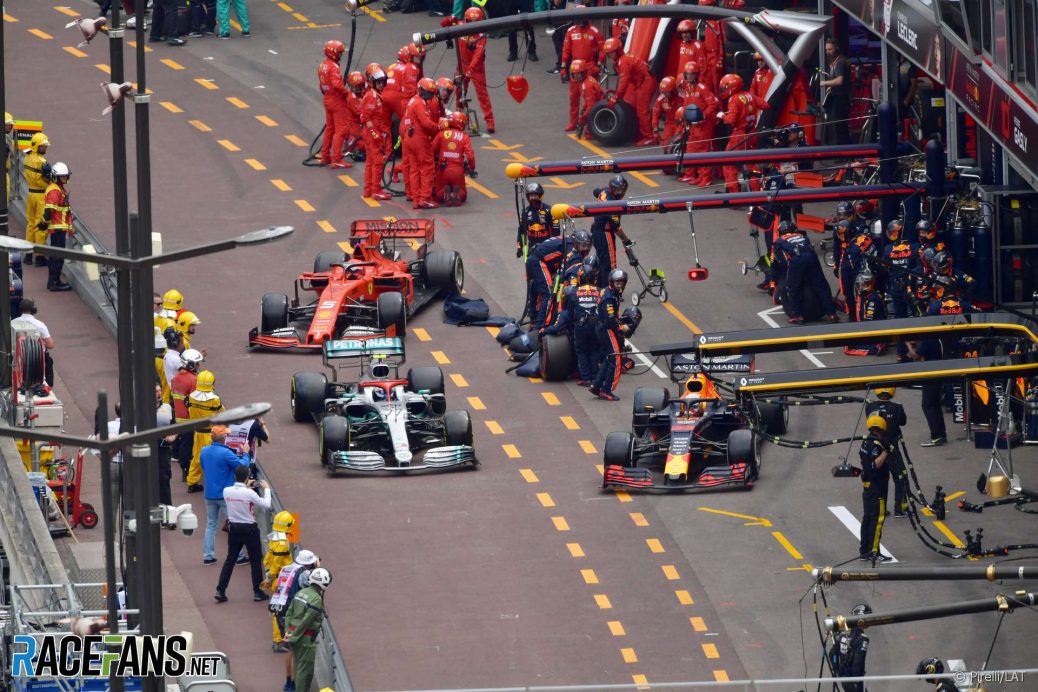 Mercedes say Valtteri Bottas did everything he could to ensure he didn’t lose a position when Mercedes pitted both their drivers under the Safety Car in the Monaco Grand Prix.
Bottas, who was running in second place behind Lewis Hamilton at the time, slowed the field as they approached the pits to ensure Mercedes had enough time to change Hamilton’s tyres before attending to his.
The slight delay to Bottas’s pit stop helped Red Bull get Max Verstappen out in front of him, which led to contact between the pair.