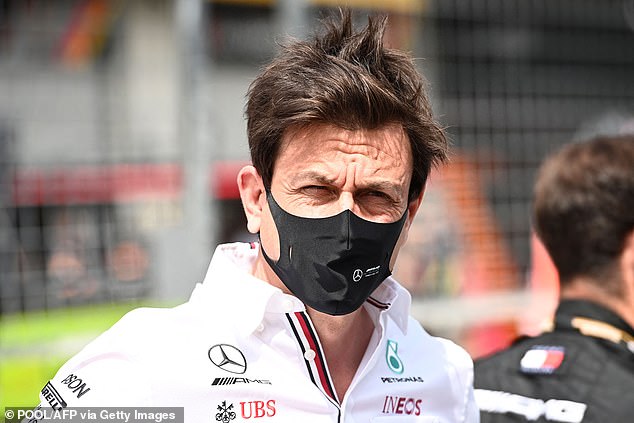 Lewis Hamilton’s Mercedes boss Toto Wolff says it is now ‘against the odds’ that his star driver will deliver a record-breaking eighth world championship. Hamilton’s rival Max Verstappen dominated Sunday’s Austrian Grand Prix to claim his third win in as many weeks and extend his title lead from 18 to 32 points. Hamilton should have finished runner-up at Spielberg’s Red Bull Ring, but took the chequered flag in fourth. Mercedes attempted to offer a wounded Hamilton a buffer in the form of team-mate Valtteri Bottas. Hamilton’s costly mistake means he has failed to finish on the podium in three of the last five races. ‘Losing 14 points (to Verstappen) is not great and it is against the odds for us now. ‘When you go into the weekend as favourite it is never easy to deliver as we did today,’ said Verstappen, 23, who now has five wins to Hamilton’s three this season.