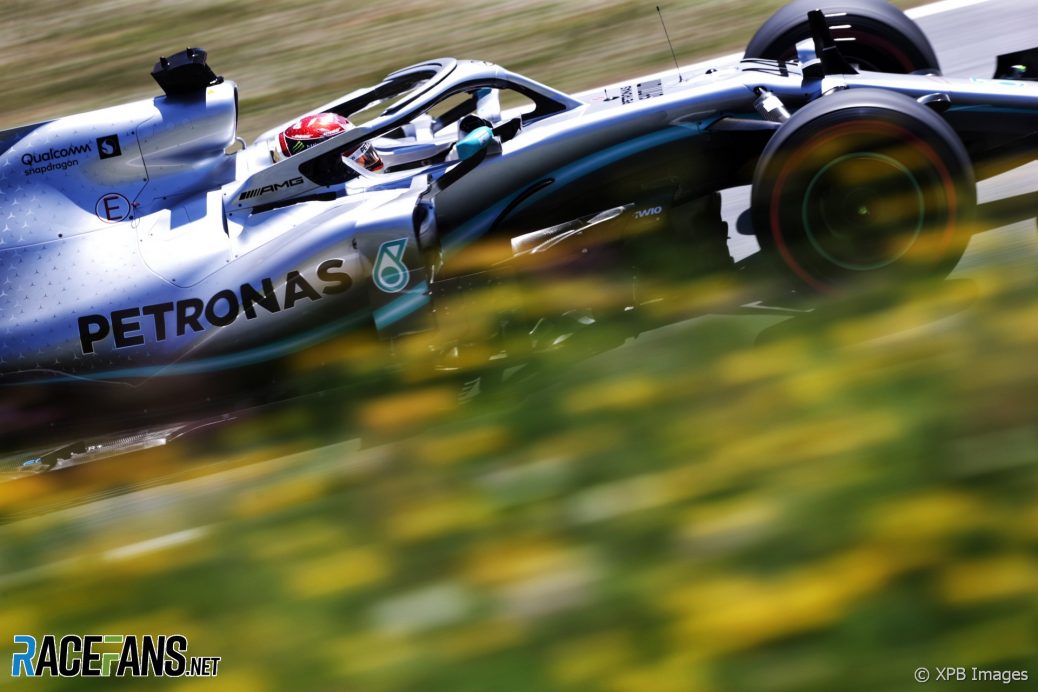 Mercedes are slower in Austria than they were last year | Lap time watch: 2019 Austrian Grand Prix

Last week Mercedes trimmed 1.7 seconds off the previous quickest lap at Paul Ricard.
Mercedes aren’t the only team lapping slower than they did 12 months ago.
On average this year’s cars are around four-tenths of a second faster than last year, but there is a large variation between tracks like Paul Ricard (1.7s faster) and Shanghai (0.4s slower).
The modest improvement in lap time compared to last year means we are still some way off seeing a sub-60 second lap at the track with the shortest lap time on the grand prix calendar.
Browse all 2019 Austrian Grand Prix articles.