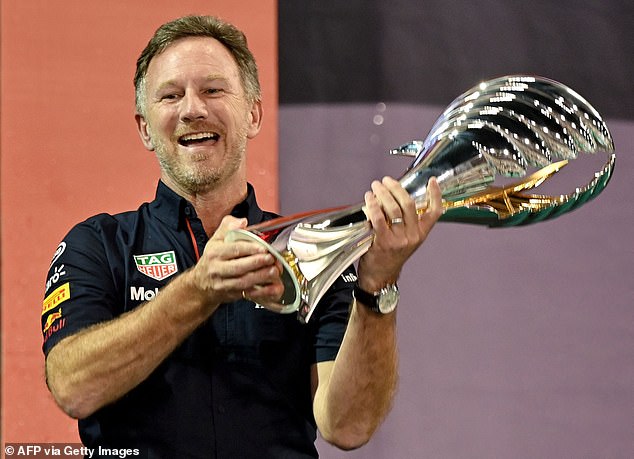 Mercedes’ appeals to have Max Verstappen stripped of his first F1 title are ‘a little bit DESPERATE’, believes Red Bull chief Christian Horner – who says they are ready to fight in court if their rivals continue to protest result

Christian Horner claimed the decision to appeal against Max Verstappen’s victory at the Abu Dhabi Grand Prix which saw him crowned Formula One world champion was ‘a little bit desperate’. Mercedes immediately launched two appeals against the result, one against Verstappen for allegedly overtaking under a safety car and a second claiming a breach of rules regarding race restarts following a safety car period. ‘We never wanted to end up in front of the stewards, there was obviously a lot of debate before the race. ‘As it turns out it was obviously very different after the race, we don’t go racing with barristers and so on – it was a shame it ended up there but the stewards made the right call. ‘They got the race going again and Max had to make it count, he had one lap to do it and he nailed it.