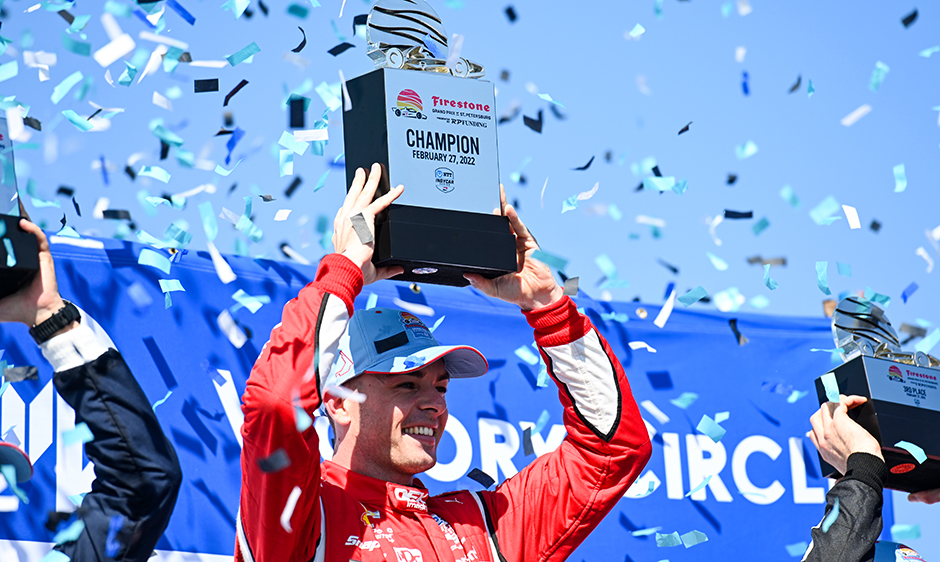 McLaughlin Breaks Through with First Career Win at St. Pete

Scott McLaughlin delivered on the promise he showed to Team Penske when it signed him straight from touring cars to race in the NTT INDYCAR SERIES, earning his first career victory Sunday in the Firestone Grand Prix of St. Petersburg presented by RP Funding. 3 DEX Imaging Team Penske Chevrolet from the pole to victory by .5095 of a second over reigning series champion Alex Palou, who applied heavy pressure to McLaughlin over the closing laps in his No. McLaughlin sat in front of his winning car in Victory Lane, celebrating with his family via videoconference on his phone. McLaughlin became the second consecutive driver to earn his first series victory in the season opener. McLaughlin led Palou by 2.150 seconds when Dixon pitted. It appeared only a caution period would bunch the field, as McLaughlin controlled the pace from the front. McLaughlin had to find a spot on the concrete barrier-lined circuit to thread the needle and pass seven-time NASCAR Cup Series champion Johnson, and that slight delay helped Palou – Johnson’s teammate – close to within .625 of a second. It appeared on Lap 96 that Palou might get a chance to try to pass McLaughlin as both cars approached the No. “Oh, man, it was crazy,” McLaughlin said of Palou’s pressure. Palou continued to close on Laps 98 and 99 but couldn’t get close enough to pass. McLaughlin led 49 of the 100 laps to earn the victory in his 18th career NTT INDYCAR SERIES start.