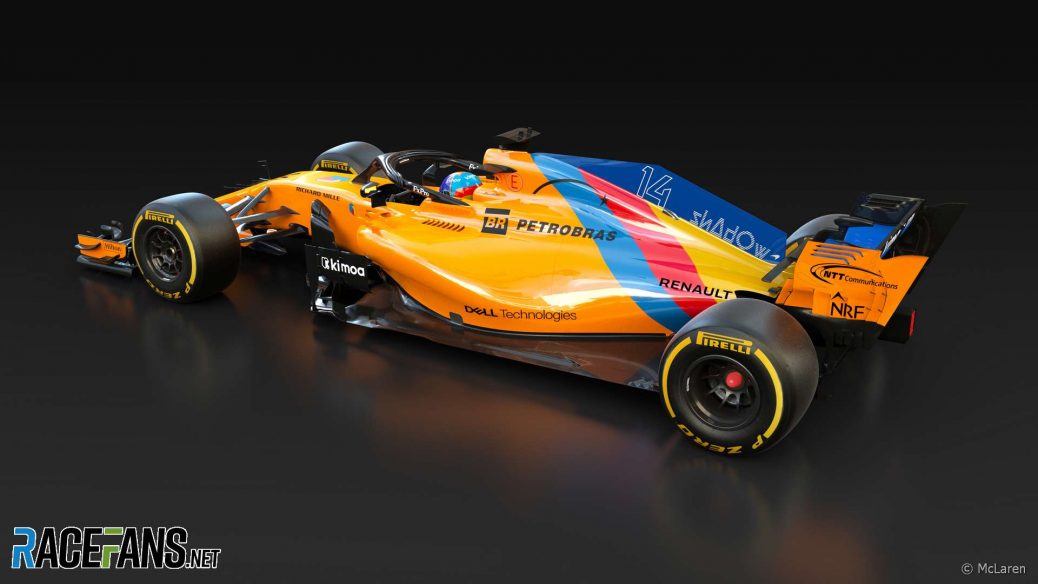 McLaren will run a modified livery for Fernando Alonso’s final Formula 1 race this weekend.
The special commemorative livery will feature blue, red and yellow stripes at the rear of the car mimicking those on Alonso’s helmet design.
McLaren Racing CEO Zak Brown said the team is “incredibly pleased and proud to be able to race a special one-off livery for Fernando in Abu Dhabi this weekend.”
McLaren have been granted permission to run the modified livery this weekend.
“We worked closely and collaboratively with Fernando, and then with the FIA and Formula 1 to make the change for this one race, and they were all hugely supportive of the move,” said Zak Brown.