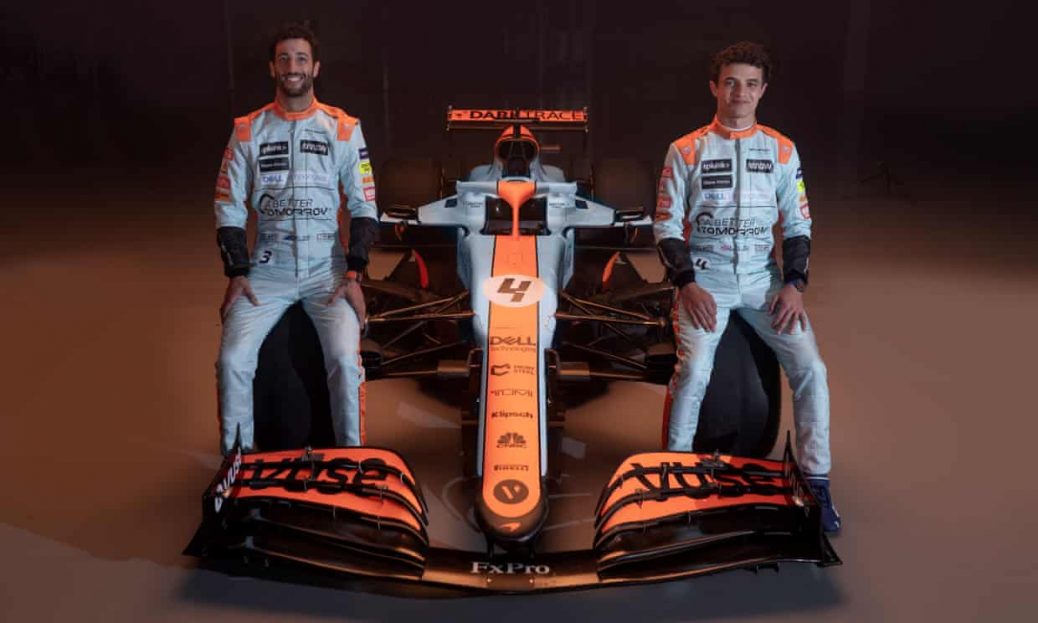 The McLaren drivers Lando Norris and Daniel Ricciardo hailed the gripping fight in which Hamilton and Verstappen were engaged at the unveiling of the special Gulf Oil livery they team will use on their cars at the Monaco Grand Prix. Hamilton in the Mercedes and Verstappen in the Red Bull have enjoyed close competition in all four races this season. Hamilton is 36 years old and has seven world championships, while Verstappen is 23 and this is the first time he has been in contention for the title. “Max goes for those opportunities like turn one which was quite risky. “Lewis has had a pretty easy ride except his one year with Nico,” he said. They were speaking as McLaren revealed their one-off Gulf Oil livery for Monaco.