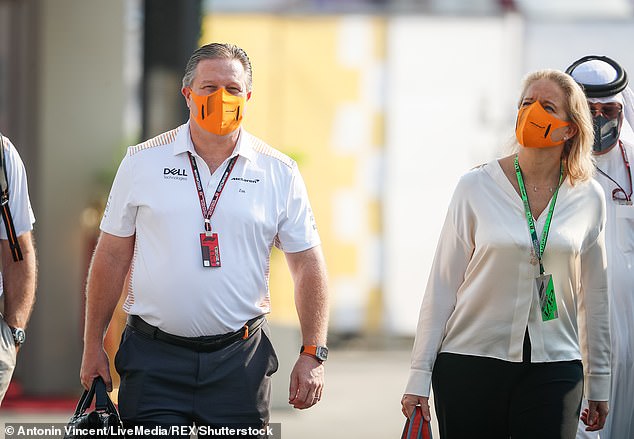 Formula One risks not having any sprint-race events in 2022 amid an ongoing stalemate over cost cap rules, according to McLaren boss Zak Brown. But eight out of 10 teams need to agree on details to secure the sprints, and some are holding out for more money to cover racing in them. As reported by BBC Sport, Brown said certain teams are trying to take advantage of the sprint races by pushing for a larger than necessary increase in the budget cap, which is set at $140m (£103m) this year. ‘A couple of teams, and one team in particular, wanted a $5m (£3.6m) budget cap increase, which was just ridiculous,’ Brown said. To agree to the sprint events for the 2023 season requires only five teams to agree, and Brown said F1 should vote that through first and then try to agree on this season. As reported by Autosport, it’s believed teams were paid an extra $100,000 (£73,000) per event for each sprint in 2021.