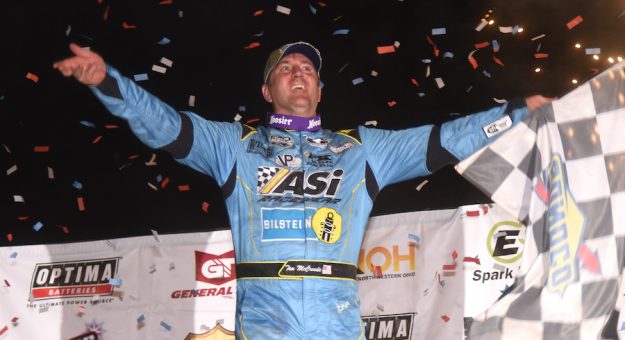 SARVER, Pa. — Tim McCreadie took the lead at the start of the 16th annual Firecracker 100 Presented by Big River Steel on Saturday Night at Lernerville Speedway. 6 to victory, jumped to the lead at the start of the 100-lap event with Sheppard taking the second spot. With McCreadie seemingly in control of the race his lead was shrinking as he was maneuvering through heavy lapped traffic. Sheppard had cut his lead down to where he was just two car lengths behind McCreadie when the caution flew on lap 57. On the restart Overton was the benefactor as he got by Sheppard on lap 61 to take the second position. By lap 64, Marlar was around Sheppard to take third as the current points leader fell to fourth.