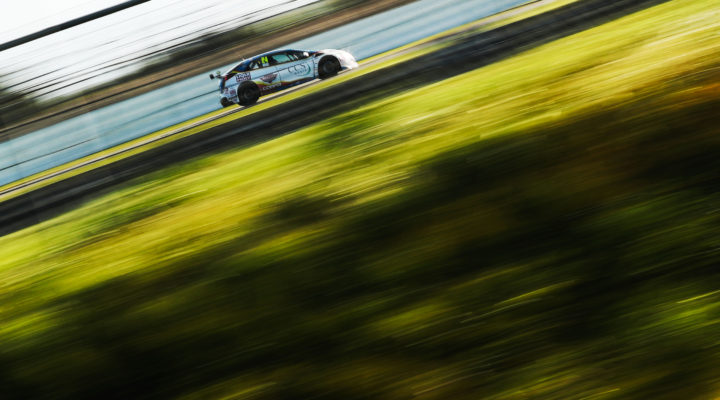 MB Motorsport accelerated by Blue Square produced a battling display on track at Silverstone to secure four points finishes from a possible six in the latest rounds of the Kwik Fit British Touring Car Championship. Osborne would spend the race dicing for position with the Hyundai of Chris Smiley and ended the race where he started but remained optimistic about pushing forwards for points in race two. The 26-year-old went on to end the race where he started to secure another solid seventh-place finish. Osborne would also make places up at the start in the sister Honda, producing a solid drive to stay out of trouble in the midfield pack, and was rewarded with a 12th place finish. Osborne would run inside the points in the early stages of the restarted race, but contact on track would hamper his chances of adding to his tally as he finished the weekend with a 20th place finish. “It was a good day for us until race three,” reflected Hill. The car was good in race one and race two, but in race three it just wasn’t there for me. “We were making good progress in the opening two races but like Jake, race three just didn’t go my way.