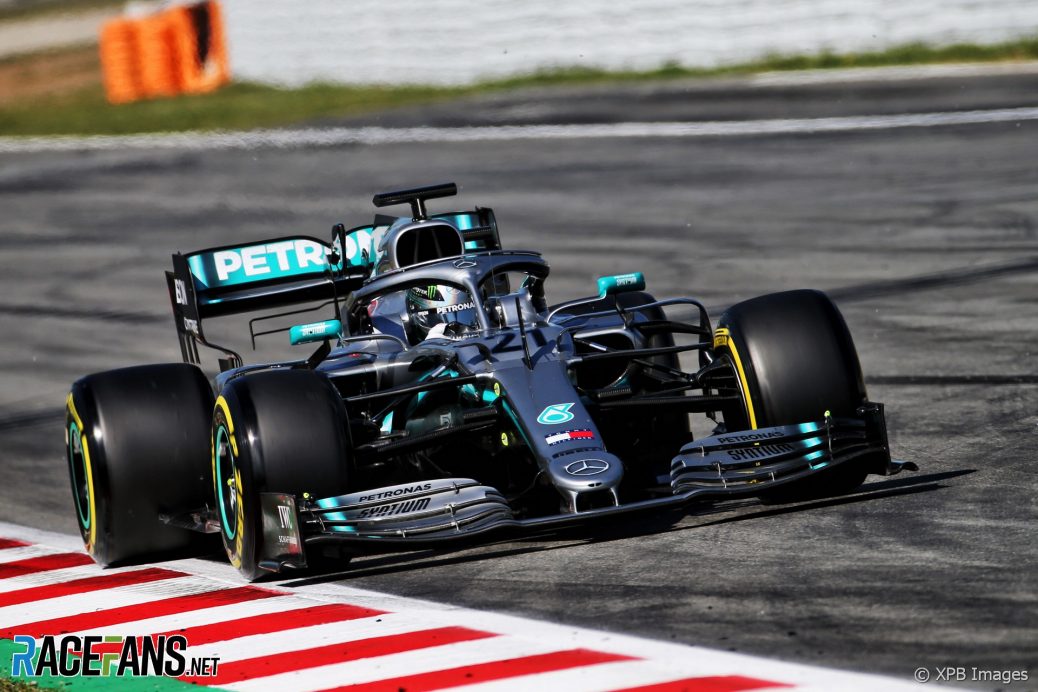 Nikita Mazepin was over a second quicker than the Formula 1 field in his first test for Mercedes at the Circuit de Catalunya.
However the 20-year-old Formula 2 driver was two-tenths of a second off the best time of the test, set yesterday by Valtteri Bottas.
Ferrari test driver Antonio Fuoco was third, less than a tenth of a second faster than the team’s other car, driven by Pierre Gasly, who was on Pirelli tyre test duty.
However the latter’s programme was curtailed when McLaren had to end their test early.
Browse all 2019 F1 season articles.