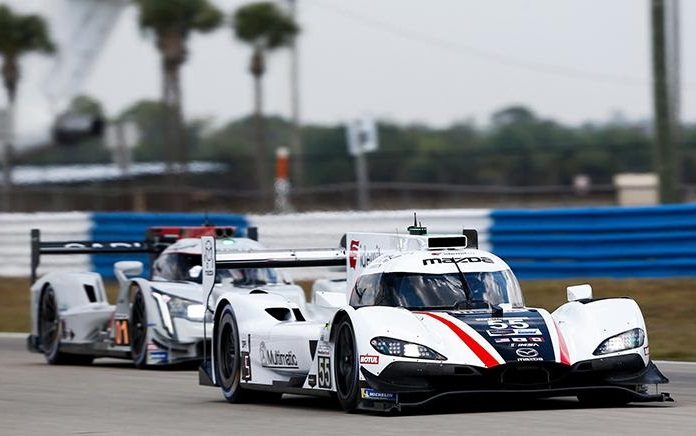 55 Mazda Motorsports Mazda DPi, the defending winner of the Mobil 1 Twelve Hours of Sebring presented by Advance Auto Parts, led after four hours of the around-the-clock race at Sebring Int’l Raceway Saturday. Throughout the first four hours, five different DPi cars led the race, three in LMP2, four in LMP3, two in GTLM and four in GTD. After repairs were made, Johnson got back in the race and led seven laps as pit stops cycled through. It’s the same turn where Johnson crashed during qualifying on Friday, forcing the team to ready a spare tub for the race. “I was trying to work around some GT cars and just got too wide,” Johnson said. Pipo Derani was trying to pass Renger van der Zande heading into turn 17 in the 46th minute of the race when he was forced into the wall as van der Zande tried to avoid the No.