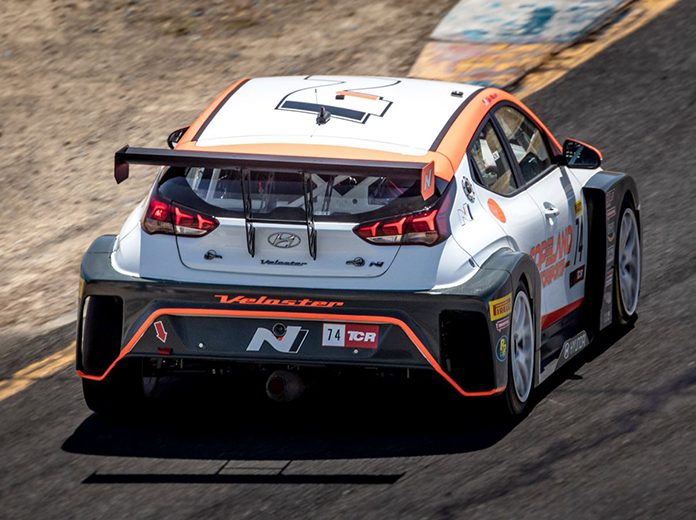 SONOMA, Calif. – Tyler Maxson continued his streak in TC America TCR competition on Saturday at Sonoma Raceway by notching his seventh-straight victory in the division. Mark Pombo led the TCA field, with Tomas Mejia and Tyler Gonzalez tussling for second. Nine minutes into the race, Federal found his pace and moved past Clay for second in the TC class with a daring move on the inside of turn seven. Schwartz would take advantage of the clean air and build his class lead to more than three seconds. Schwartz would go on to claim his third win on the season followed by Clay, Lew, and Grahovec. As the clock ticked past the 10 minute mark, TCA championship leader Tomas Mejia would slip past Gonzalez for second in class as Kevin Boehm and the No. Pombo would easily claim the TCA victory, his second of the season, followed by Mejia, Gonzalez and Bohem.