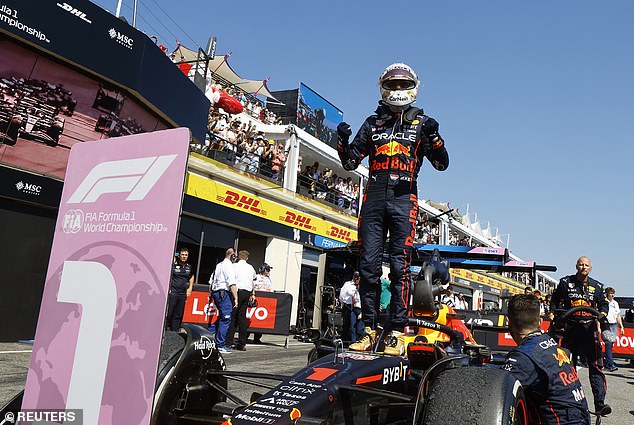 Max Verstappen won the French Grand Prix after his championship rival Charles Leclerc inexplicably crashed out while leading. Verstappen assumed the lead and duly blasted to his seventh win of the 12-race-old season, with Mercedes second and third through Lewis Hamilton and George Russell. Carlos Sainz takes Driver of the Day after going from P19 to P5. Carlos Sainz is surely going to run out of time to join the action from P5. Carlos Sainz is adamant he should not have been pulled in after taking third place from Sergio Perez, and tells the team exactly what he thinks over the radio. Carlos Sainz is a man on a mission now as he moves up into P6, setting the fastest lao of the race. George Russell is now claiming that he should be handed back a place, and Toto Wolff takes to the radio to stop Russell’s complaints. George Russell and Sergio Perez almost come together, with Russell claiming Perez turned into him. Carlos Sainz gets ahead of Sergio Perez to take third place, but Ferrari choose that moemnt to tell him to pit for some reason. Carlos Sainz gets around George Russell, who does not look like he is going to give up the place. If he were to pit now he would come out almost back where he started the race, so he needs to get on the accelerator. A mistake in the pit lane lands Carlos Sainz a five second time penalty. The safety car comes back into the pit lane for the start of lap 21. Verstappen leads from Hamilton, followed by Perez, Russell, Alonso and Norris. Unsurprisingly almost everyone pits, Carlos Sainz almost collides with Alex Albon – starting his 50th F1 race – and Lewis Hamilton moves up behind Verstappen in second. Carlos Sainz moves up into P10 past Aston Martin’s Lance Stroll into the points, and is now bearing down on Daniel Ricciardo in ninth. Carlos Sainz has jumped up into 13thplace, right behind Magnussen in 12th.