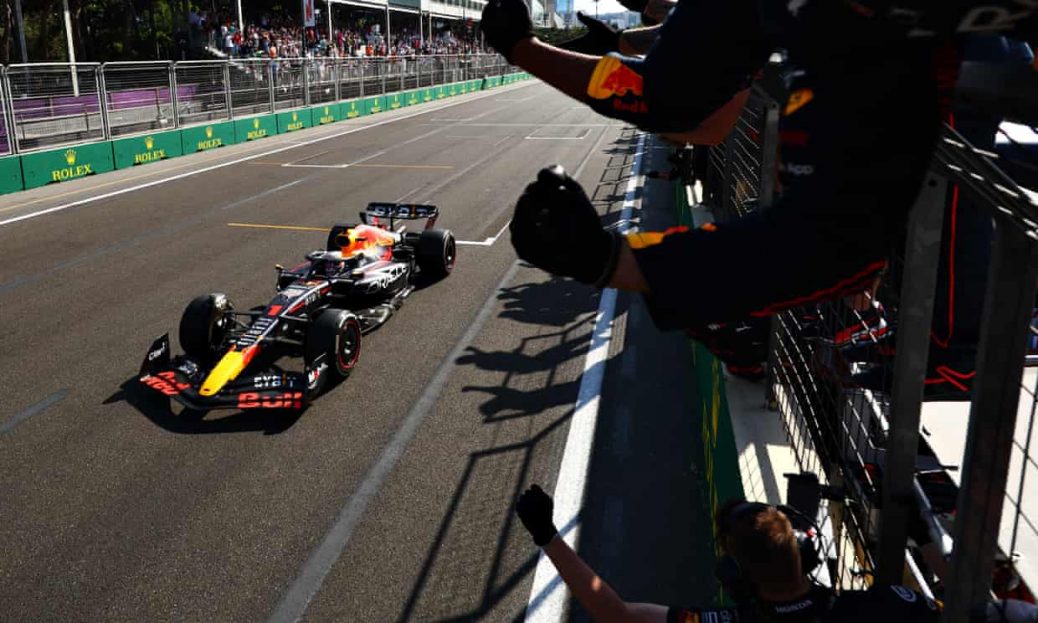 Verstappen had a troubled start to the defence of a title won in such dramatic fashion last year, suffering early-season reliability issues that have now become a thorn in the side of Ferrari. “It really hurts,” said the Ferrari man, who has retired from the lead in two of the last three GPs. Christian Horner, Red Bull’s team principal, said: “It was unlucky for Ferrari today. It was a very mature drive by Max and redemption for last year.” At Baku in 2021, Verstappen was robbed by a tyre blow-out six laps from the end, while leading. Behind the dominant Red Bulls, George Russell scored his third podium finish of the year and maintained his record as the only driver to score in every race. “I reckon we’re losing 1sec per lap with this bouncing and once we fix it we’ll be right there in the race,” he said.