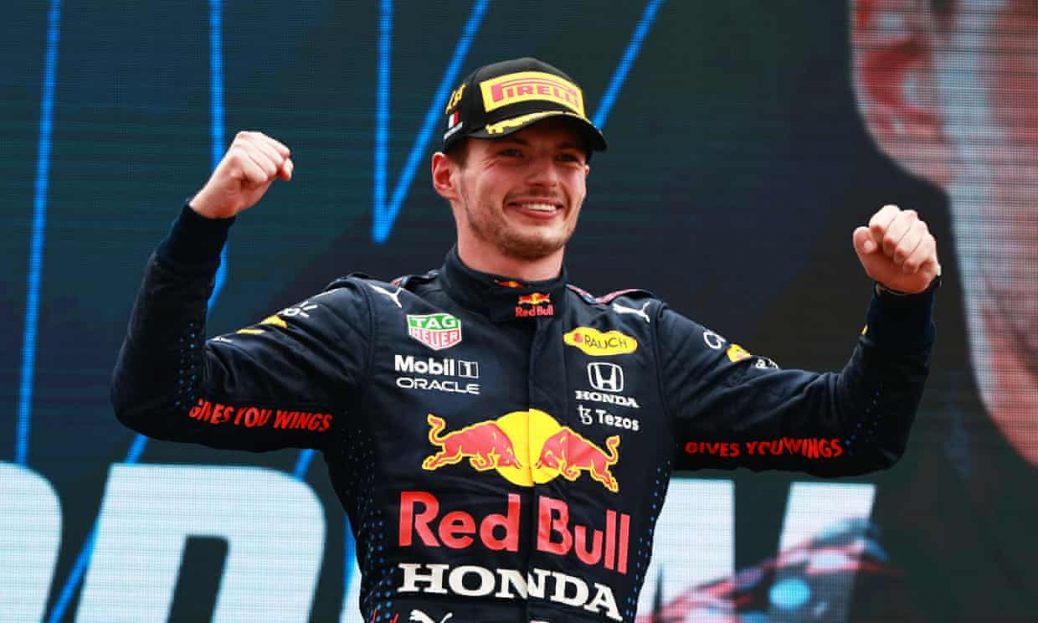 Sergio Pérez was in third for Red Bull and Mercedes’ Valtteri Bottas was in fourth with McLaren’s Lando Norris in fifth. Verstappen won after a tense, superlative race that ebbed and flowed between the two as they fought on track and their teams attempted to outclass one another from the pit wall. Verstappen got away from pole cleanly and held the lead into turn one but lost the rear slightly on cold tyres and was forced to cut the corner through turn two. Hamilton had a three-second advantage by lap 17, when Bottas was the first of the leaders to pit to take the hard tyre. Verstappen covered him off with his stop a lap later and emerged in front of the Finn. Hamilton stayed out and pushed on his in-lap to pit on lap 19. Verstappen warned that the tyres would not last the race at the pace they were competing as Mercedes appeared to have committed to a second stop. Red Bull duly went to preempt them and pitted Verstappen on lap 33. There were 20 laps remaining but Mercedes’ chance of the undercut on Red Bull had gone while Verstappen trailed Hamilton by 16 seconds. Running fresh medium tyres he was very quick, taking two seconds a lap out of the lead. Verstappen caught Bottas on lap 43 and passed him a lap later.