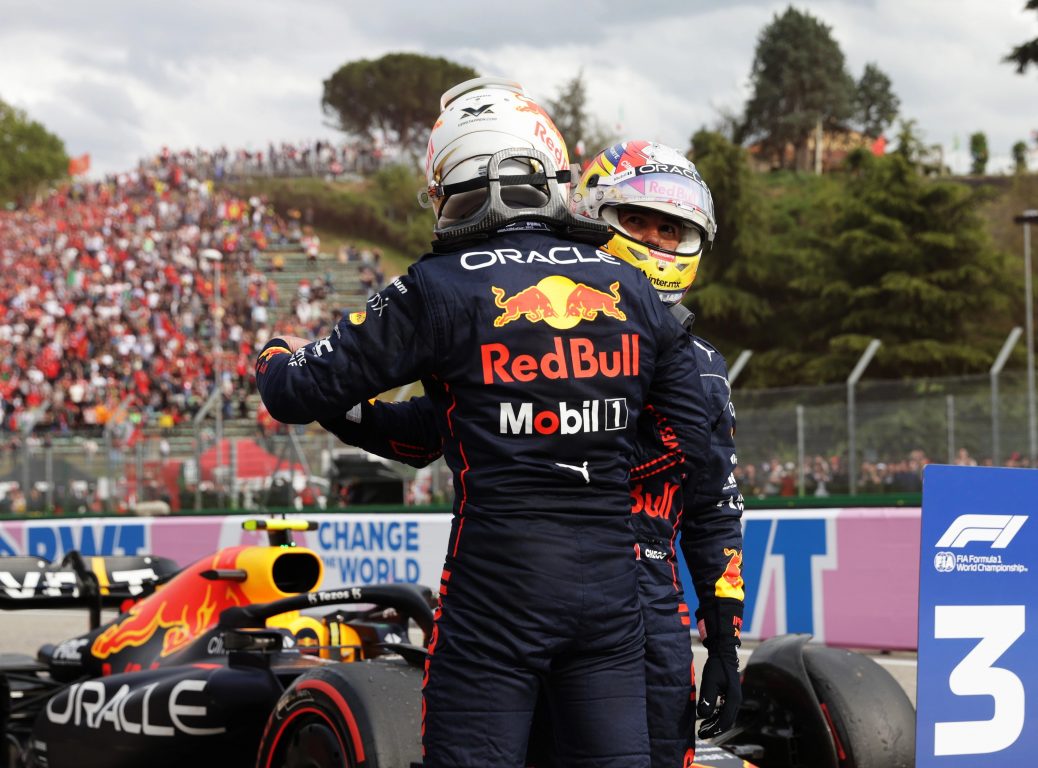 MAX VERSTAPPEN will start tomorrow’s Emilia Romagna GP in pole position after snatching sprint race victory from Charles Leclerc. The Dutchman began today’s 21-lap sprint in P1, but was immediately caught by Leclerc on the first corner. Leclerc started in P2, but immediately overtook Verstappen to the delight of the pro-Ferrari Italian crowd. Speaking to Sky Sports after the sprint, Verstappen said: “My start was not very good and it took a while to try and put the pressure on. “The pace was good until then, we started to have some draining on the front left and lost it towards the end. Perez surged through the field, overtaking Lando Norris’ McLaren into third during lap 11, having started in P7.