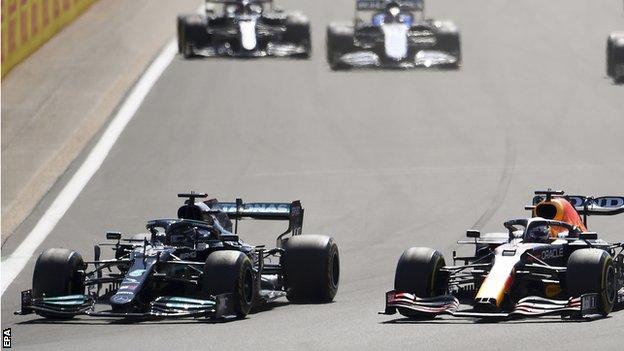 Max Verstappen: Red Bull driver likely to be given grid penalty during season

Red Bull’s Max Verstappen is likely to suffer a grid penalty at some point this season for exceeding his permitted engine allocation. Honda has discovered that the power-unit in Verstappen’s car when he crashed with Lewis Hamilton at the British Grand Prix cannot be repaired. The situation is a significant blow for Verstappen in his title battle with Hamilton, who leads the championship by eight points ahead of this weekend’s Belgian Grand Prix. The situation means Verstappen and Perez effectively have only one engine to do half the season with, when each power-unit is designed to be able to sustain a mileage equivalent to about a third of the championship. Both Verstappen and Perez have used their first engine for its full designated mileage over the first third of the season, and now have had their second written off. After the Silverstone race, Honda’s initial investigations of Verstappen’s engine suggested it could be re-used.