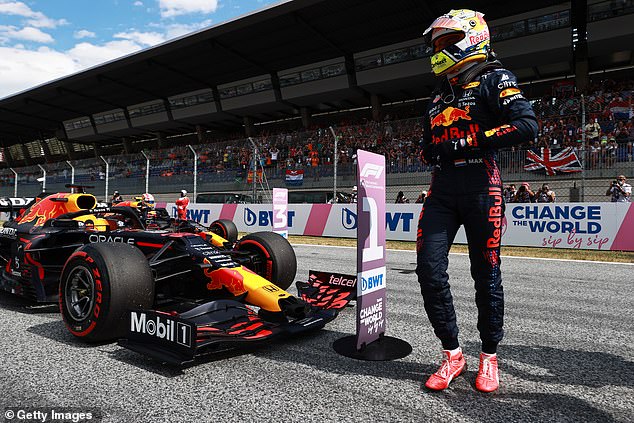 Max Verstappen took pole position for the Austrian Grand Prix, his third in succession this season, to leave Lewis Hamilton fourth and with it all to do in Sunday’s race. Sergio Perez of Red Bull was third best with Hamilton a place ahead of his Mercedes team-mate Valtteri Bottas. Lando Norris has been earmarked as a star of the future but on today’s showing, he is a star of here and now. Hamilton and Bottas are way off it and that is yet another pole position secured for the Dutchman! Hamilton crosses the line with a 1:04.0 and that is slower than Lando Norris in the McLaren who breaks the 1:04 with a 1:03.9 but Verstappen is on another level with a time of 1:03.720, sending his fans into jubilation. Birthday boy Vettel moves to P4, 0.275 seconds down on Verstappen while Norris posts the EXACT same lap time as Perez. Hamilton crosses the line first with 1:04.5 but Verstappen follows that with a 1:04.2, three tenths up on his championship rival. Sergio Perez is first out on the track and he’s on the mediums. Q1 comes to an end and Verstappen’s 1:04.249 is the fastest time on track, with Norris P2 and Alonso P3. Lando Norris has just set a blisteringly fast lap time, only 0.096 seconds slower than Verstappen and that puts him P2 for now. Hamilton and Bottas follow Verstappen’s lap but the Mercedes pair can’t better the Dutchman’s time, with the Brit 0.250 seconds slower than his rival.