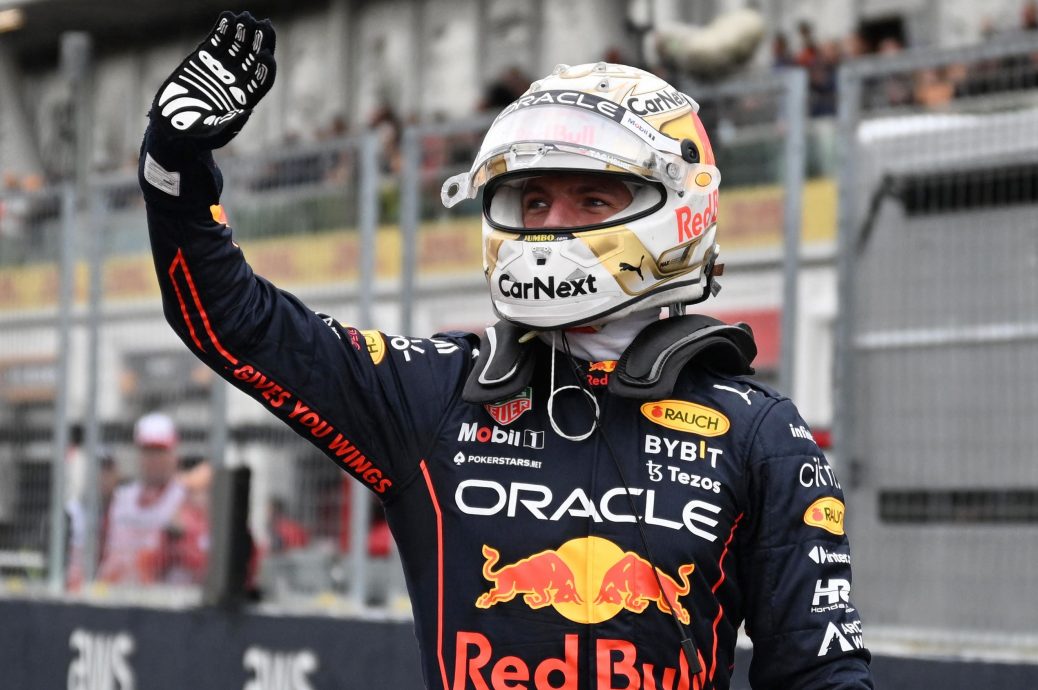 MAX VERSTAPPEN took a sensational pole in the wet and will start at the front of Sunday’s Canadian GP. The world champion was a staggering 0.645 seconds ahead of Fernando Alonso, who was a surprise in second place, while Carlos Sainz qualified in third. But it was Verstappen who was in a class of his own with a stunning lap time that was simply untouchable. Alonso, 40, who has not started on the front row of the grid since 2012, said: “It feels great. But it was a strong day for Haas duo Kevin Magnussen and Mick Schumacher, who qualified in fifth and sixth place respectively. Leclerc did not even set a time having got into Q2 and it is likely he will start in 19th place, ahead of AlphaTauri’s Yuki Tsunoda, who has also taken new engine parts, and is last.