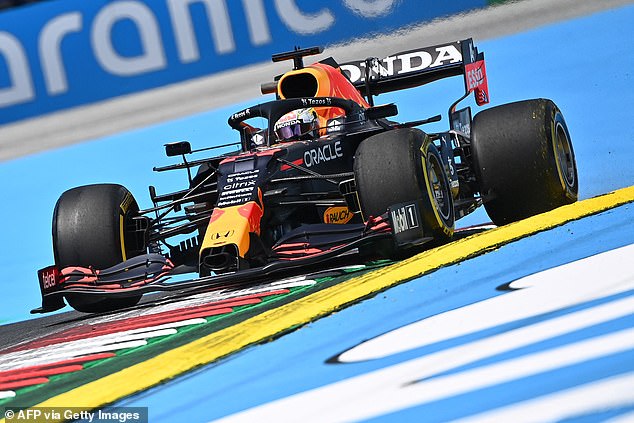 Max Verstappen set the pace in the opening practice session for the Styrian Grand Prix. The Red Bull driver, who leads the championship, finished the opening running in Spielberg ahead of AlphaTauri’s Pierre Gasly, with Lewis Hamilton third. And on the evidence of the first running at the Red Bull Ring, the Dutchman remains the man to beat. Verstappen ended the one-hour running two-tenths clear of Gasly, while Hamilton was 0.422 seconds adrift of his title rival. But they are facing a stern examination of their credentials with Verstappen’s triumph at Circuit Paul Ricard last Sunday, Red Bull’s third in succession. The Mexican finished only 13th in the standings, eight-tenths off Verstappen’s pace. But the British driver finished only 16th for McLaren in the first running.