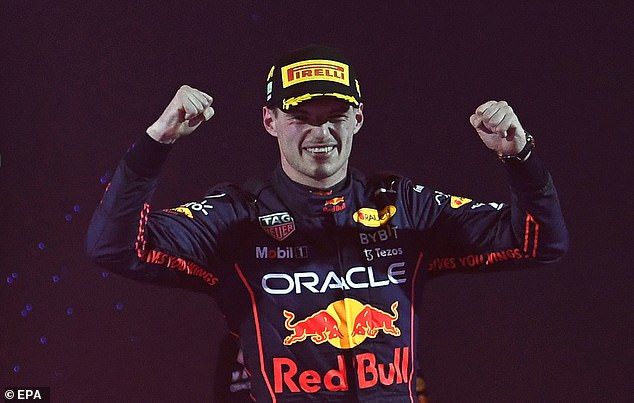 Max Verstappen was labelled a ‘whinger’ and told to ‘stop crying’ by F1 fans after complaining about Charles Leclerc during his Saudi Arabia Grand Prix victory. The 24-year-old got on the team radio with five laps remaining to complain about title rival Leclerc, at this stage running in second, for driving over the pit-lane entry line. Fans lashed out at the reigning F1 champion for moaning about his title rival during the race. One fan said: ‘I find it so hard to like Verstappen.. he just f***ing moans all the time, at least twice on the radio moaning about Leclerc. A second said: ‘Verstappen stop crying on the radio you spoilt child. A third added: ‘Verstappen moaning on team radio that it’s unfair that LeClerc was right behind him. Another added: ‘Could Verstappen have complained ANY MORE during that race???