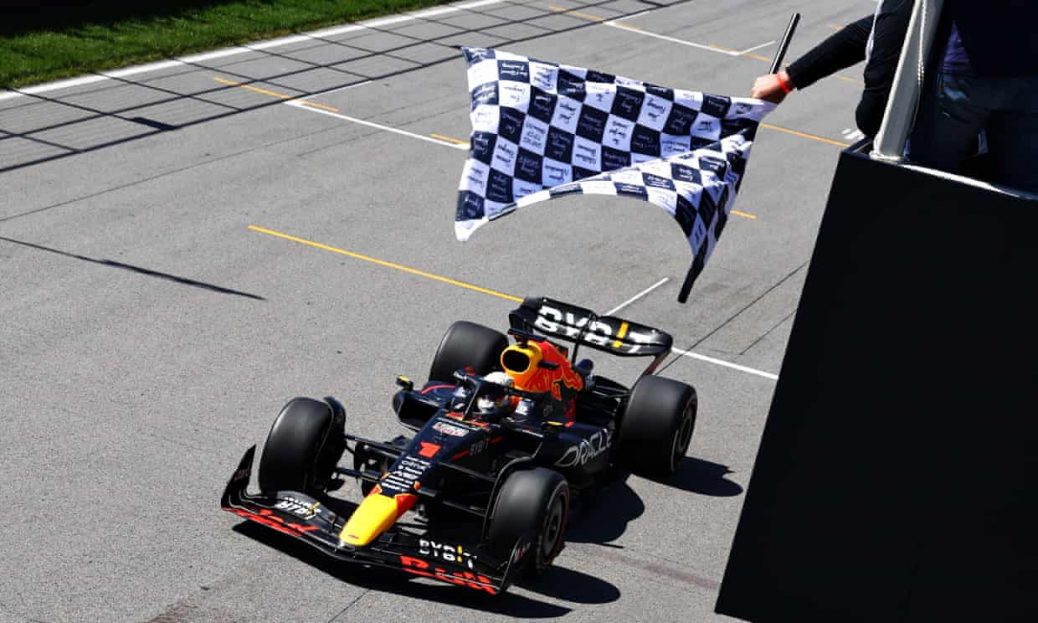 And here’s his defeated opponent Carlos Sainz: “I was pushing flat out, I wasn’t leaving any inch to the walls under braking. Sainz won’t get DRS for another two laps so this is a massive few minutes for him. Lap 46/70: Hamilton pits, leaving Verstappen to move into P2, 9secs behind Sainz. Lap 44/70: Verstappen pits and 2.5secs later is back out on track with hard tyres. Lap 35/70: Now it’s Verstappen’s turn to have a moan. Lap 32/70: Sainz clocks up a fastest lap to trim Verstappen’s lead to 8secs. Lap 9/70: Verstappen uses the opportunity to switch up his tyres, as does Hamilton. Lap 8/70: The top five is Verstappen, Sainz, Alonso, Hamilton, Russell. “The goal is to lead the race in lap one,” he says.