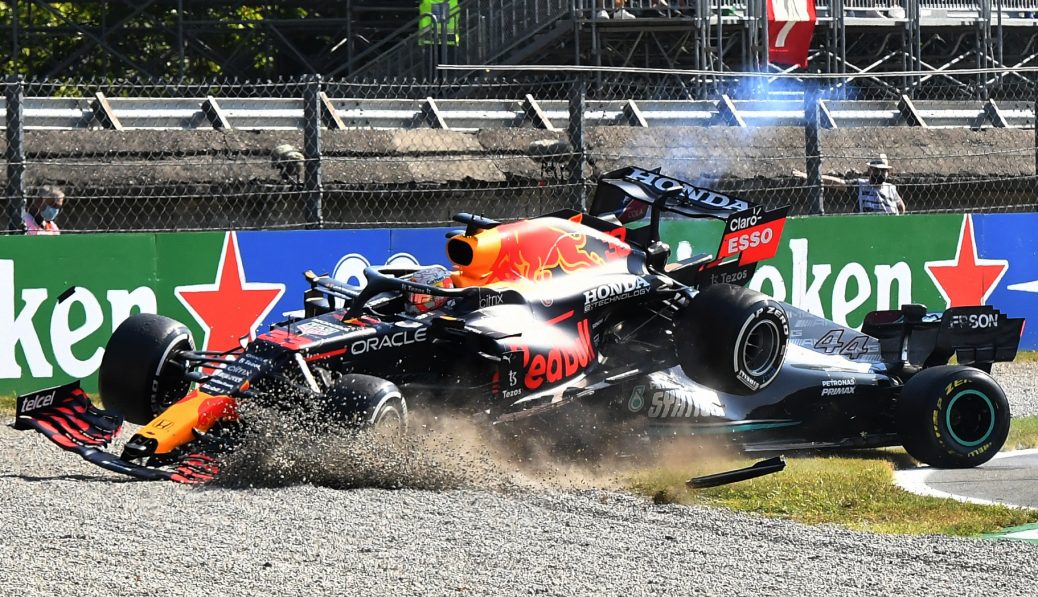 MAX VERSTAPPEN has been handed a three-place grid penalty for the Russian Grand Prix after crashing into Lewis Hamilton at Monza. That left them with the view that Hamilton had put his car in a ‘reasonable’ position’ and Verstappen was ‘predominantly to blame’. It left Hamilton feeling ‘sore’ but both men walked away from the scene of the crash. “If he would have left me a car width we would have raced out of Turn 2 and he would have probably would have stayed in front anyway. Hamilton said: “I made sure I left a car’s width on the outside for him.