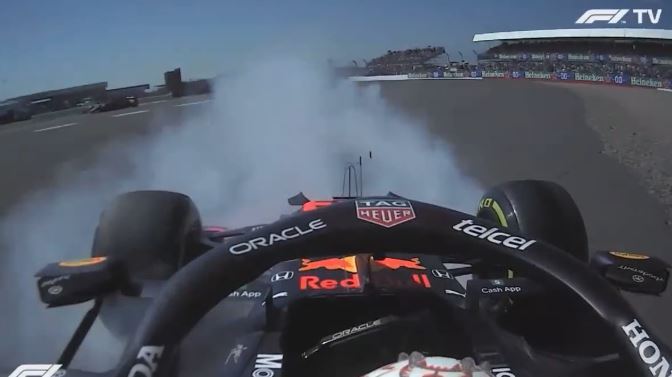 to his team radio after a huge crash during the British Grand Prix at Silverstone. The impact measured 51G in terms of G-force, leading to the driver being taken to hospital for checks. Team radio from the crash shows the Red Bull garage instantly checking in on Verstappen to ensure he is safe. Verstappen posted a selfie with himself and dad Jos to thank fans for their support. He wrote on Twitter: “Cleared from the hospital after all the checks were ok. Verstappen had branded the Brit ‘disrespectful’ for celebrating the victory in front of the Silverstone crowd amid his hospital visit. Hamilton, 36, refused to apologise for the incident post-race but sent his best wishes to Verstappen.