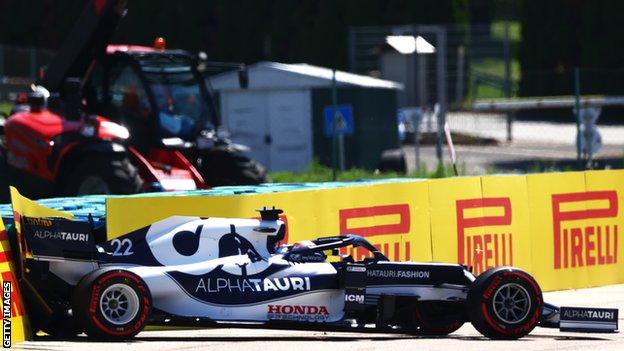 Red Bull’s Max Verstappen headed Mercedes drivers Valtteri Bottas and Lewis Hamilton in first practice at the Hungarian Grand Prix. Verstappen was 0.061 seconds quicker than Bottas, with Hamilton 0.167secs off the pace of his title rival. This is the first race since the dramatic collision between Hamilton and Verstappen at the British Grand Prix, which has led to bad blood between the drivers and their teams. Red Bull’s attempt to get Hamilton a tougher penalty for the incident failed on Thursday when governing body the FIA rejected their bid for a right of review of the incident. It is difficult to gauge competitiveness from practice sessions, but Hamilton’s running suggested he could perhaps have ended the session quickest. The gap between the top three and the rest suggests that Mercedes and Red Bull will again be in a league of their own.