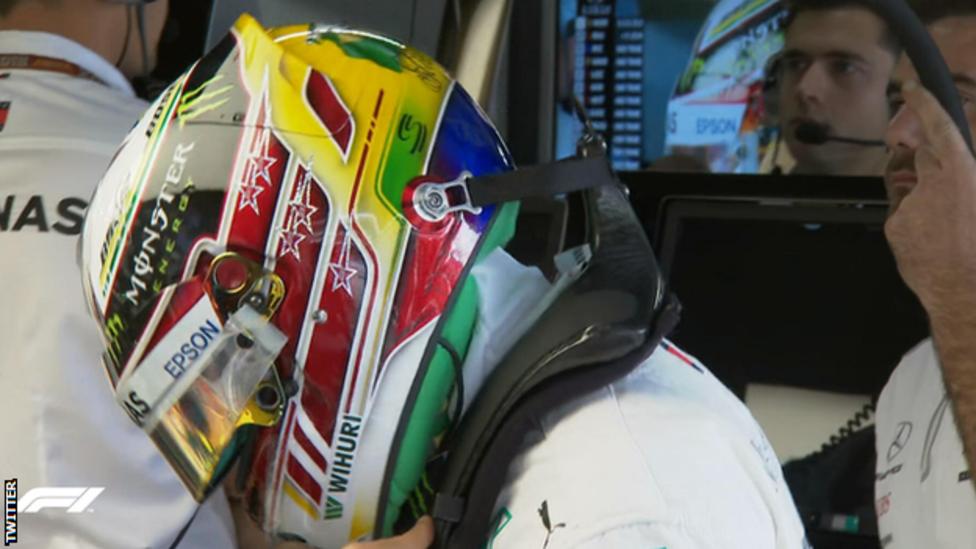 Red Bull’s Max Verstappen headed Ferrari’s Sebastian Vettel and Lewis Hamilton’s Mercedes in first practice at the Brazilian Grand Prix.
Hamilton clinched a fifth drivers’ title at the last race in Mexico.
Hamilton has also said he wants to break a run in which he has failed to win another race after clinching the title in seasons in which he became champion early.
Briton Lando Norris, running in first practice in Fernando Alonso’s McLaren in preparation for his debut next season, was 16th fastest.