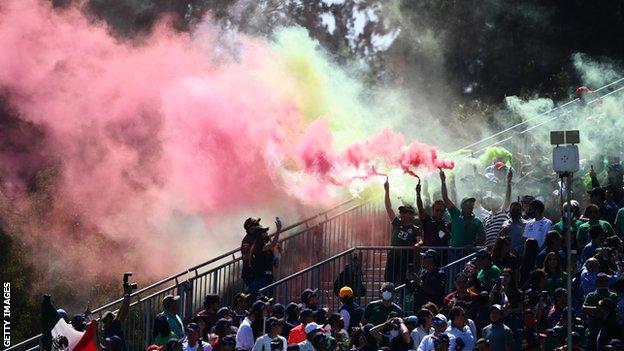 Perez was on Hamilton’s tail on the last lap but was not able to pass. Mercedes stopped him late in the race to set fastest lap, to limit Verstappen’s haul by one point. Verstappen pulled away from Hamilton so commandingly that the suspicion was he would have won even if he had not taken the lead at the start. As it was, he had an untroubled drive, pulling nearly 10 seconds clear of Hamilton by the time the world champion made his pit stop on lap 29. Mercedes stopped Hamilton on that lap because he was beginning to come under threat from Perez and they wanted to ‘bank’ track position. Red Bull then left Perez out for a further 11 laps to give him fresher tyres with which to come back at Hamilton in the second stint. But once clear of Norris Hamilton always looked to have Perez under control. Verstappen won there the last time the race was held in 2019 and enters the weekend as favourite again.