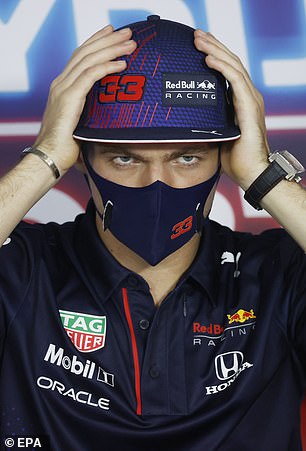 Max Verstappen threw away an olive branch and renewed his war of words with Lewis Hamilton on Thursday – ahead of the most hotly-anticipated Grand Prix in years. ‘It is the whole reaction of the team,’ said Verstappen, speaking before the Hungarian Grand Prix. ‘That is not how you celebrate a win, especially a win in the way that they got it. But Hamilton insisted he tried to reach Verstappen in hospital after hearing of his anger – only to be rebuffed. He said: ‘I did give Max a call after the race to check he was OK and let him know the respect was still there. It is one thing knowing and celebrating what happened and it is another thing not knowing and celebrating.