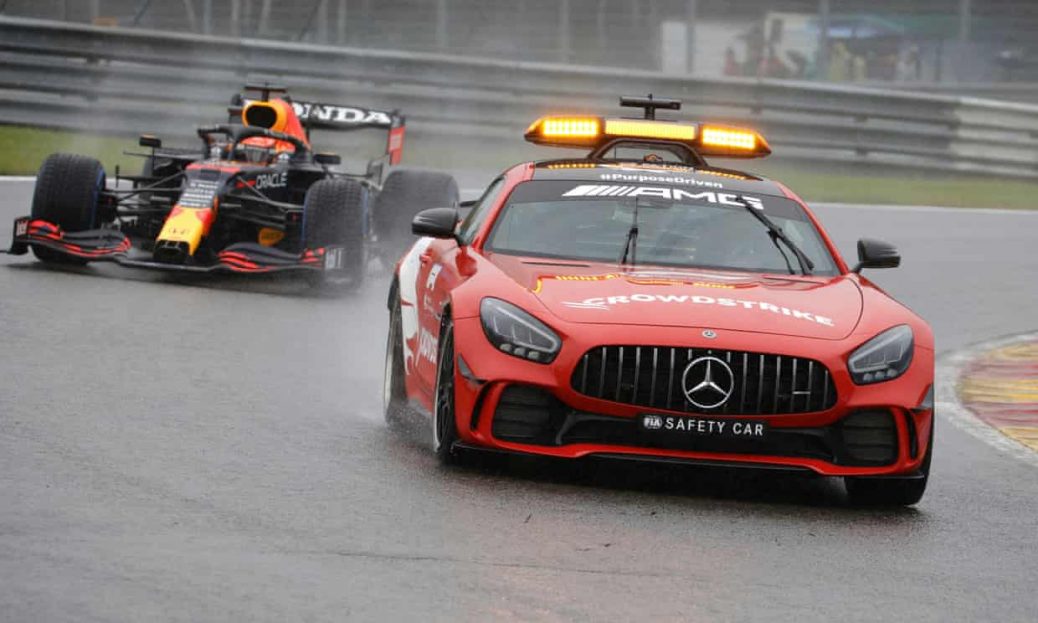 It was the shortest race in the sport’s history, over in just three laps and eight minutes, all behind the safety car. And it was literally, the two laps to start the race, it’s all money scenario,” he said. “There was no point at which we could race, so there wasn’t a race. But there is a rule that says to get to a legal race is two laps. The clock began counting down when the race was scheduled to start at 3pm. In the end with their two laps done F1, the FIA and the promoter can declare that technically a race has taken place and that they have met obligations to broadcasters and ticket-holders.