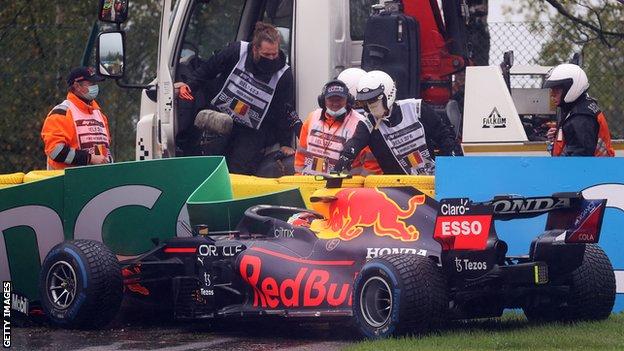 Red Bull’s Max Verstappen was declared the winner of a Belgian Grand Prix that lasted two laps behind the safety car. The start was delayed by half an hour before two attempts were made to start the race – with a gap of nearly three hours between them. The initial start was delayed before the cars followed the safety car briefly – only for the track to be declared too wet. It’s a shame to not get proper laps, but the conditions were very tricky. Hamilton added: “They knew, at the end, the track wasn’t any better and they did it just so they could do two laps and declare a race.