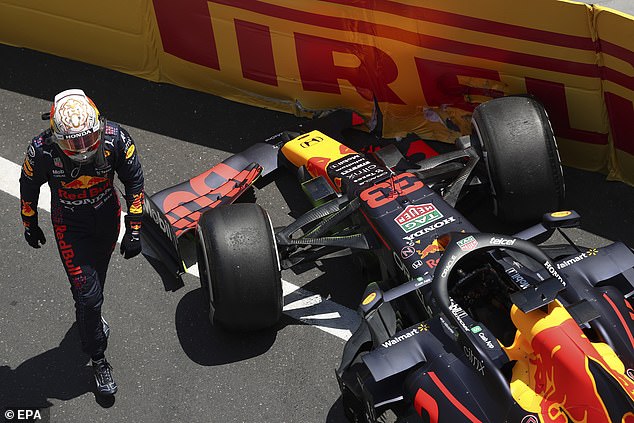 Max Verstappen’s preparations for the Azerbaijan Grand Prix were dealt a major blow after he crashed out of final practice. Verstappen was unable to reverse away from the accident and the session was red-flagged with 30 minutes remaining. Verstappen’s Red Bull team will now face a race against time to ensure his car is ready for qualifying, which takes place at 1pm. Verstappen, who holds a four-point lead over Lewis Hamilton heading into Sunday’s race, suffered suspension damage in the accident. In Verstappen’s absence, the AlphaTauri of Pierre Gasly finished as the surprise pace setter, ending the running three-tenths clear of Red Bull’s Sergio Perez, with Hamilton third.