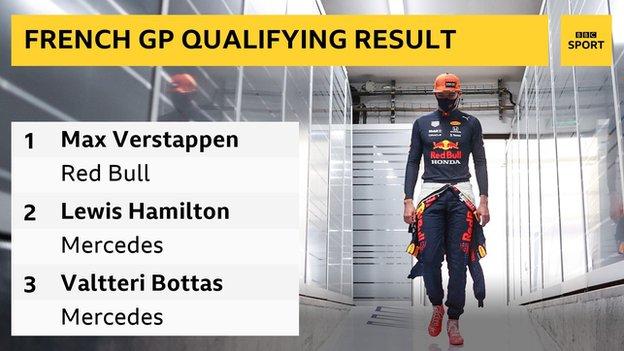 Hamilton was 0.128secs clear of team-mate Valtteri Bottas with the second Red Bull of Sergio Perez in fourth. Verstappen’s superiority was underlined by Hamilton, who said over the radio after the session: “That was a good lap – and still we were 0.2secs off?”. Hamilton managed to find all that time and more on his second run and beat Verstappen’s first time but Verstappen improved again to stay comfortably clear of Hamilton. Hamilton said: “It has been a really hard weekend just trying to get the car into a happy place. Gasly’s team-mate Yuki Tsunoda crashed on his first flying lap and will start last.