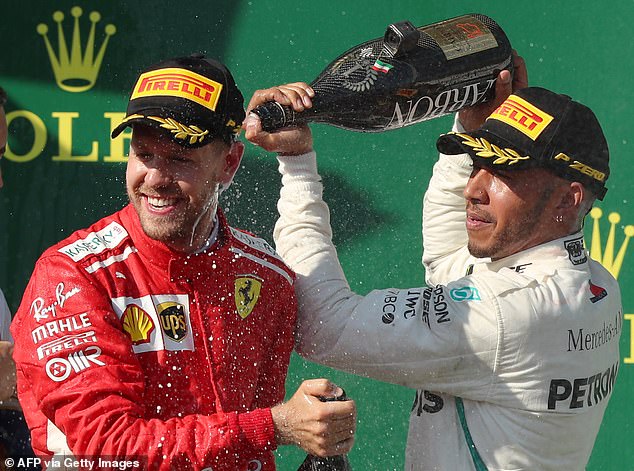 ‘Max doesn’t have the background that Seb has’: Lewis Hamilton steps up his rivalry with Verstappen by insisting Vettel remains his toughest challenger

Lewis Hamilton has ramped up his rivalry with Max Verstappen by insisting Sebastian Vettel has been his toughest competitor. The world champion also claimed that whilst Verstappen has the potential to be a champion in his own right this season, whether he wins it or not is not down to the Red Bull star. ‘We don’t know what to expect with the different races coming up but it is going to be fun one way or the other. ‘We have had multiple battles with Ferrari, with Seb when he was there and we just have to keep our heads down.